Heiress and amateur detective Felicity Carrol makes a perilous journey to apprehend a notorious murderer who has terrorized England–and now continues his vicious killing spree across the pond.

Felicity Carrol would rather be doing just about anything other than attending balls or seeking a husband. What she really wants to do is continue her work using the latest forensic methods and her photographic memory to help London police bring murderers to justice, so when her friend, Scotland Yard Inspector Jackson Davies, weak from injury, discovers a murder in a wild mining town in Montana that echoes the terrible crimes in England, Felicity decides to go herself.

In Placer, Montana, her first obstacle is handsome lawman Thomas Pike, who uses his intuition as much as his Colt in keeping law and order in this unruly town. When the murderer strikes again, Felicity begins to suspect Davies is correct: Jack the Ripper has come to America. Felicity sets out to find the killer in a town chock full of secrets, shadows, and suspects, but as the body count rises, this intrepid sleuth faces her most dangerous adversary yet–and discovers that not all killers are as they seem.

“[An] entrancing sequel…Fans of Laurie King and Jacqueline Winspear will be thrilled by this capable, independent female protagonist.”
—Publishers Weekly

“Felicity retains her feisty spirit and wit and once again has to battle for acceptance and credibility in a male-dominated society. Readers will look forward to her next adventure.”
—Library Journal

“There is…plenty of action and suspense, the mystery is satisfying, and the identity and psychological justification for the actions of Jack the Ripper are certainly plausible.”
—Historical Novels Review 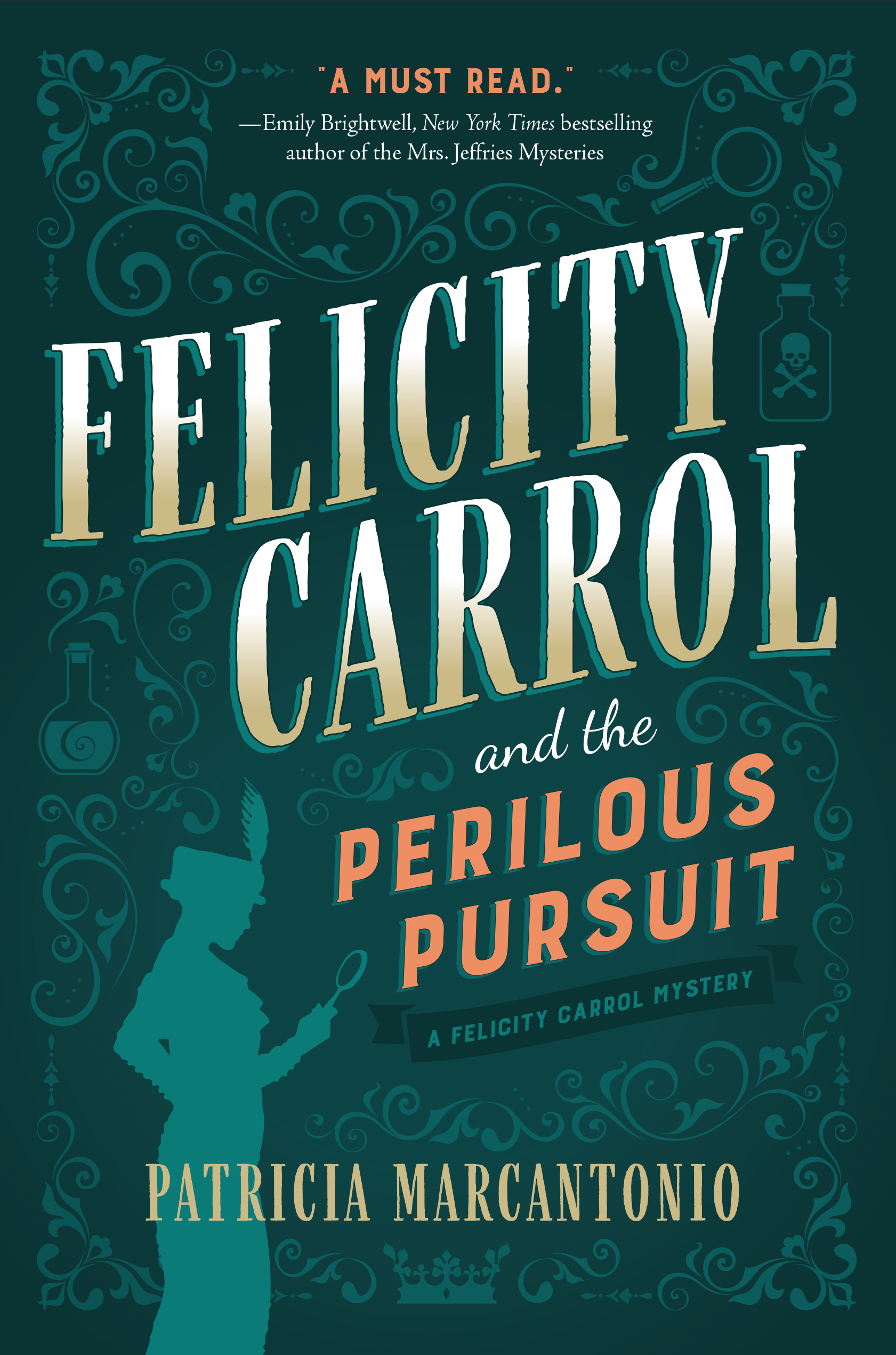 Felicity Carrol is interested in everything—except being a proper young matron of Victorian society. Brilliant and resourceful, Felicity took refuge in science and education after her mother died and her father abandoned her to servants. Now, all he wants is for her to marry into a family of status and money.

Felicity has other ambitions—but her plans shudder to a halt when her mentor is murdered at the British Museum and his priceless manuscript of King Arthur lore is stolen. Tapping into her photographic memory and the latest in the burgeoning field of forensic detection, Felicity launches an investigation. Handsome Scotland Yard Inspector Jackson Davies is also on the case, and finds Felicity as meddlesome as she is intelligent. But when more nobles are murdered and their King Arthur relics stolen, Felicity must journey on her own into the dark underworld of antiquity theft, where she uncovers a motive far more nefarious than simple profit.

As the killer sets his sights on a new victim—a charismatic duke who has captured Felicity’s imagination—the stakes rise to impossible heights. It’s a case that could shake the kingdom in Patricia Marcantonio’s series debut, Felicity Carrol and the Perilous Pursuit.

Felicity Carrol and the Perilous Pursuit 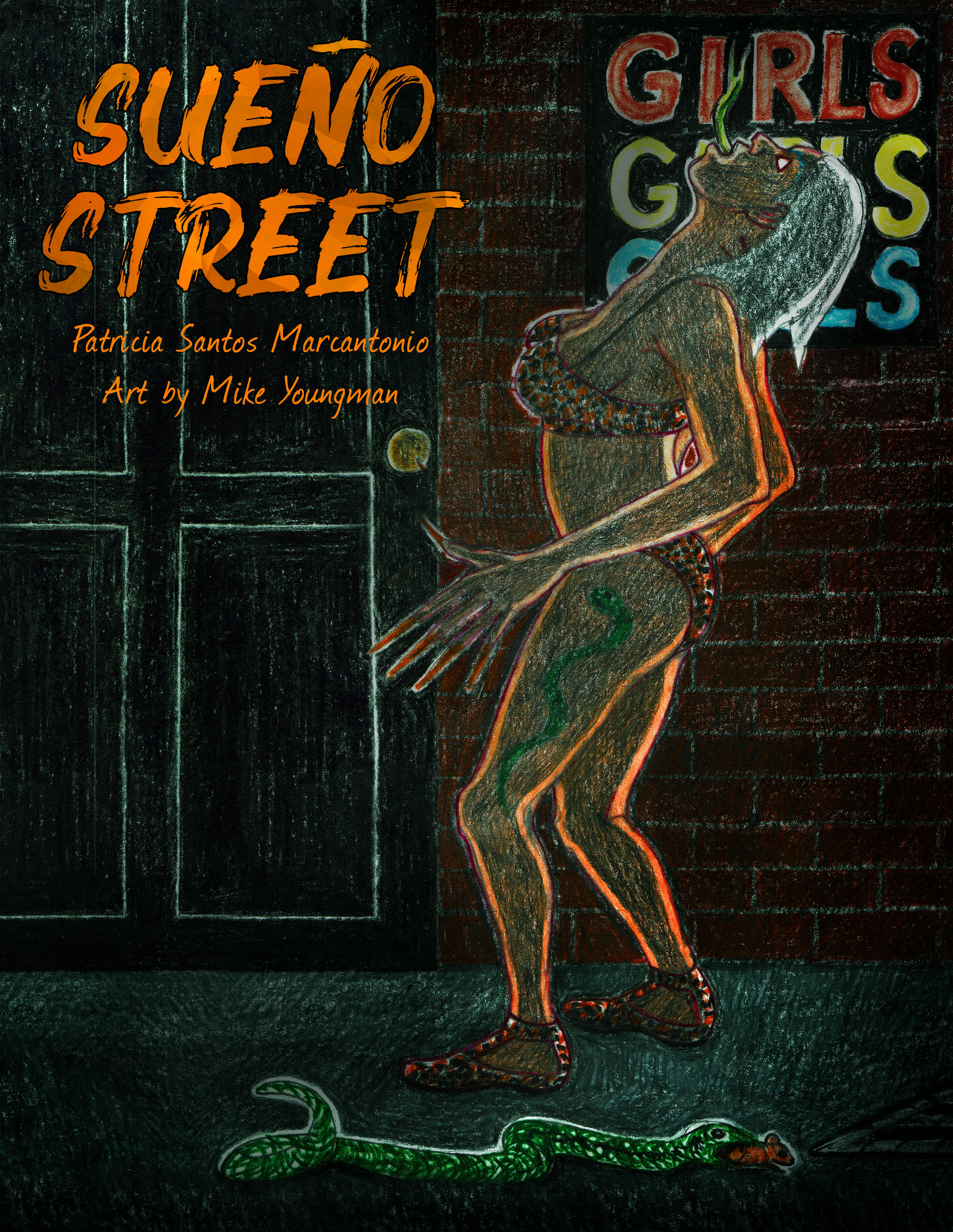 On the walls of Sueño Street, a young Latino artist paints murals that come to life with tales of horror, suspense and nightmare.The stories include fresh telling of traditional Latino scares like La Llorona, the weeping woman, a doomed specter seeking her lost children in the night, and the Cucuy, the boogeyman who preys on children and fear. Other stories range in time and space. The real price of dead man’s shoes. New and ancient betrayals in a canyon of ancient petroglyphs. Space explorers discovering evil on an alien planet and in themselves. A wife beater who gets what he deserves. A woman willing to challenge a horrible evil for love. Differing in artistic style, the stories are weaved together by the consequences of actions, some deserved, others not. A graphic novel in homage to”Tales From The Crypt” and “Night Gallery” but with Latino flavor, culture and characters. Parental Discretion Is Advised 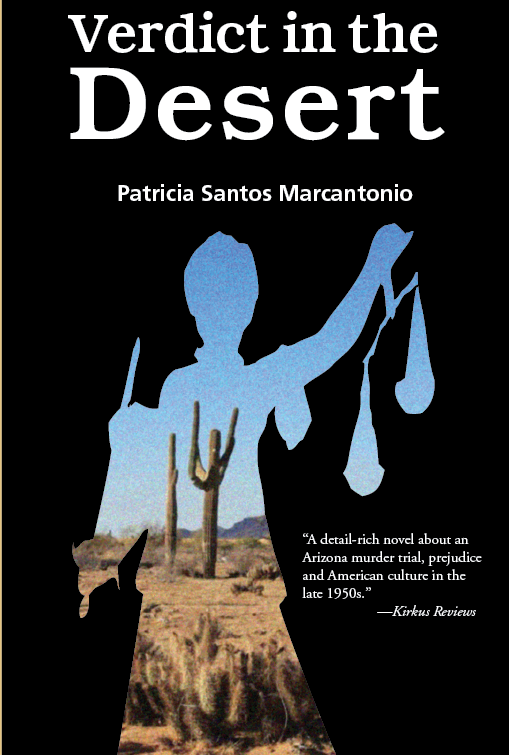 In the summer of 1959, everyone knows his place in Arizona. Michael Shaw is an alcoholic lawyer struggling with his reputation as the son of one of Mitchell County’s wealthiest, most successful attorneys. Toni Garcia, the first in her family to obtain a college degree, has returned to Borden, Arizona, because she’s worried about her father’s health. But as a Mexican American, she can’t get a teaching job in spite of her education and intellect. Their worlds collide when Michael is assigned to represent Maria Sanchez Curry in the bloody murder of her husband and Toni, desperate for work, accepts a job as the defendant s interpreter.

Verdict in the Desert 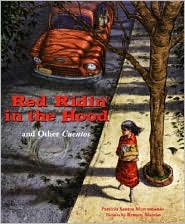 RED RIDIN’ IN THE HOOD AND OTHER CUENTOS (Farrar Straus & Giroux)

Eleven classic tales are retold with an injection of Latino culture, providing a twist on the traditional forms while sustaining a freshness all their own. The title story, “Red Ridin’ in the Hood,” moves the setting to the barrio, where Red decides to brave dangerous Forest Street in order to reach her abuelita and encounters the menacing wolf in a thumping Chevy lowrider. Some stories are set in the Mexican countryside; in “Belleza y La Bestia,” the beautiful heroine is a defender of the Revolution and teaches the beast about the righteousness of the freedom fighters. “El Día de los Muertos,” a retelling of the myth of Orpheus and Eurydice, takes place in the time of the Aztecs and casts Orpheus as the feather-maker Nochehuatl.

These and the other cuentos in this book are further brought to life by abundant illustrations, by turns comical and poignant.

Red Ridin’ in the Hood 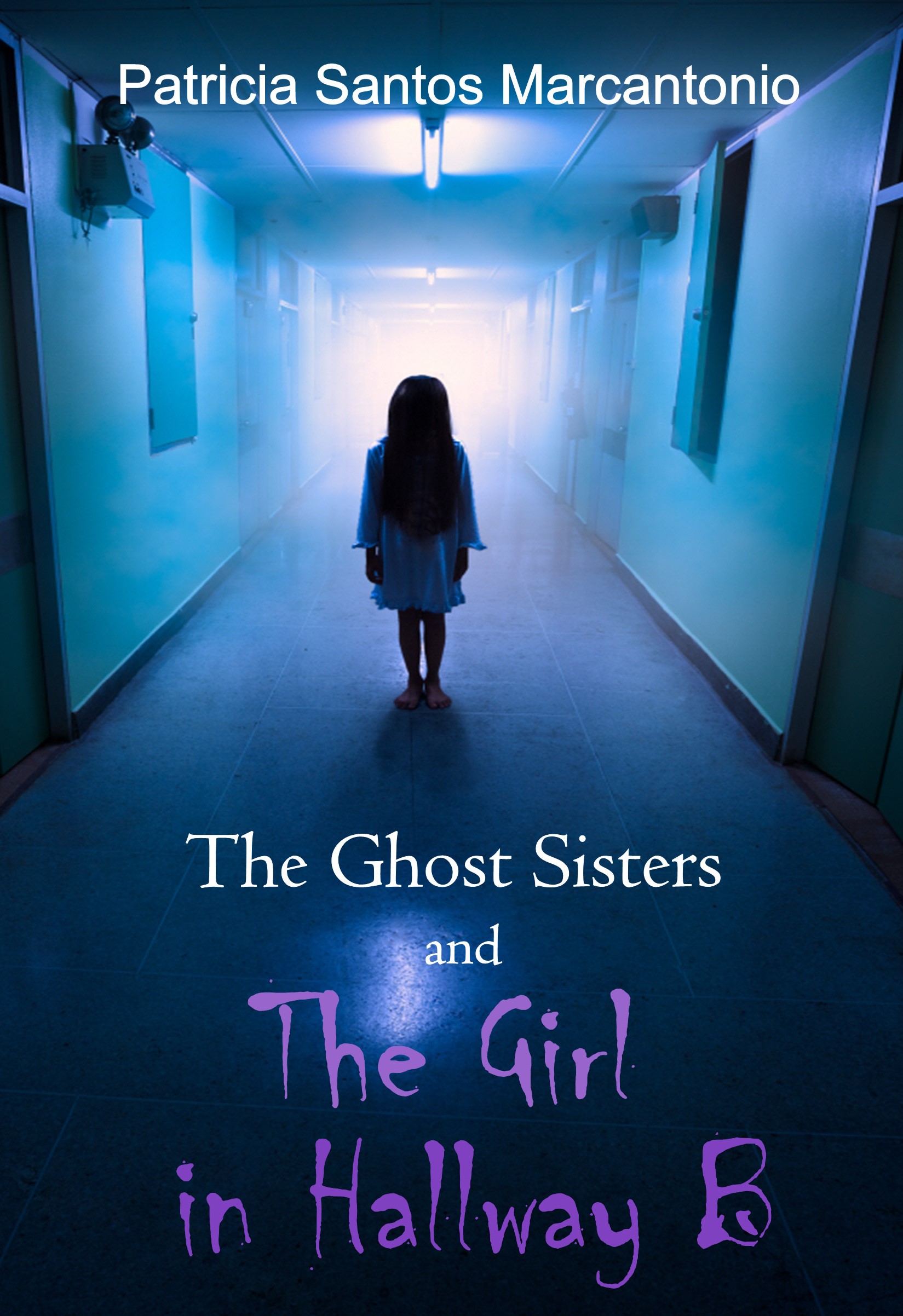 THE GHOST SISTERS AND THE GIRL IN HALLWAY B
Kat and Marie Bench love anything to do with the supernatural. They soon find their new school is haunted by the ghost of a girl in Hallway B.

The Ghost Sisters on Amazon 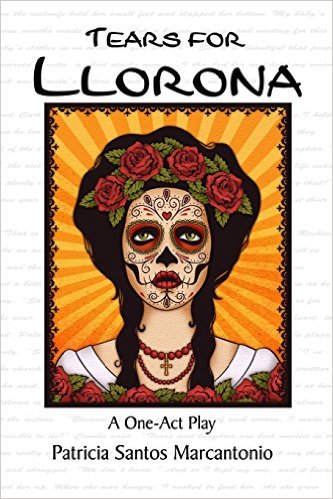 TEARS FOR LLORONA (A ONE-ACT PLAY)

La Llorona is a Mexican ghost story passed on through generations about a horrifying weeping woman searching the night for her lost children. TEARS FOR LLORONA is a retelling of that tale. Pregnant and unhappy, teenage Inez is sent to live with her grandmother. But Inez’s life changes when Abuelita tells of another troubled woman long ago. The story of Juanita who wept a river for her drowned husband and vows her daughter will never have cause to cry in a world of tears. But the promise leads to tragedy, and Juanita pays a terrible price. The play brings the past and present together in a relevant tale of selfishness, love and redemption. 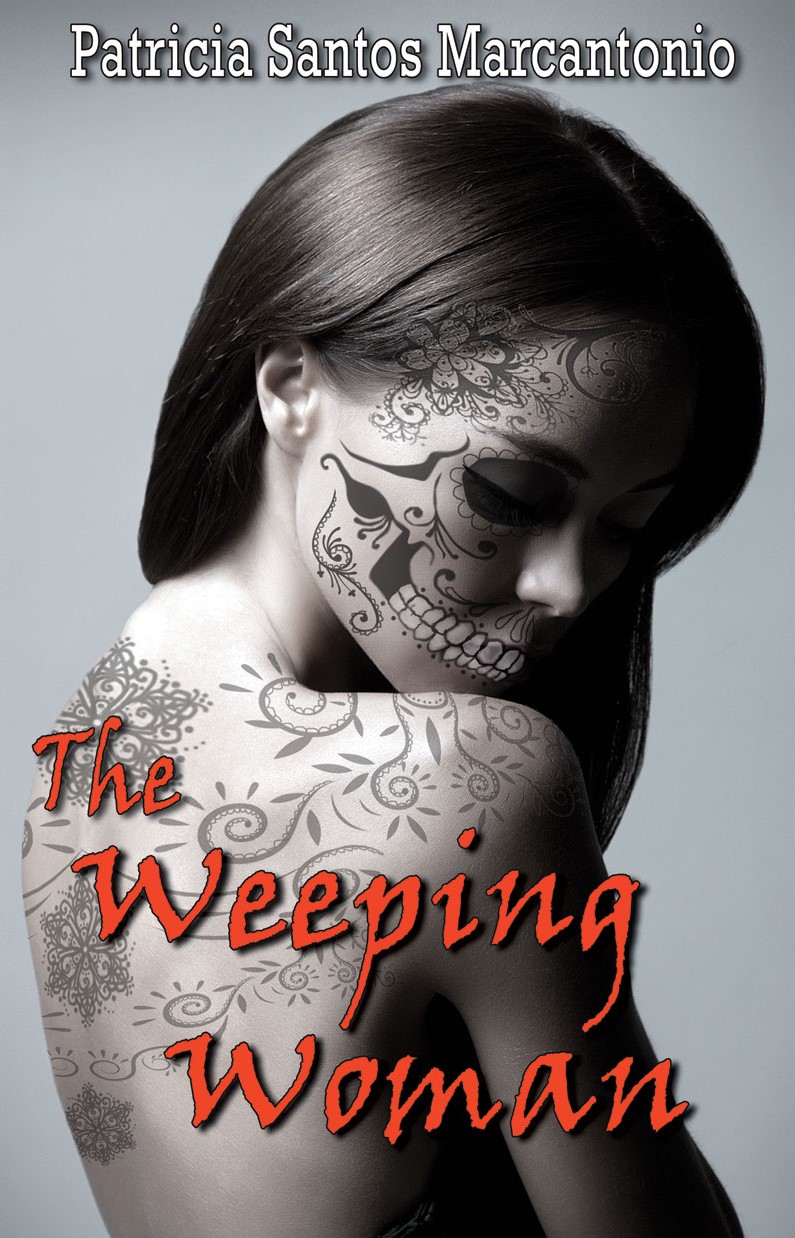 An old tale. A new terror When children begin disappearing, San Antonio Detective Blue Rodriguez is assigned to investigate because the kidnappings took place in her old neighborhood. Beautiful and obsessed, Blue has an ability she hates, that is to see the last moments of the dying. After hitting dead ends, she finds the kidnappings echo an old Mexican ghost story, which leads her to a suspect who is evil and with powers of her own. Blue must confront her own troubled past and come to term with her visions of the dying to find the stolen children. 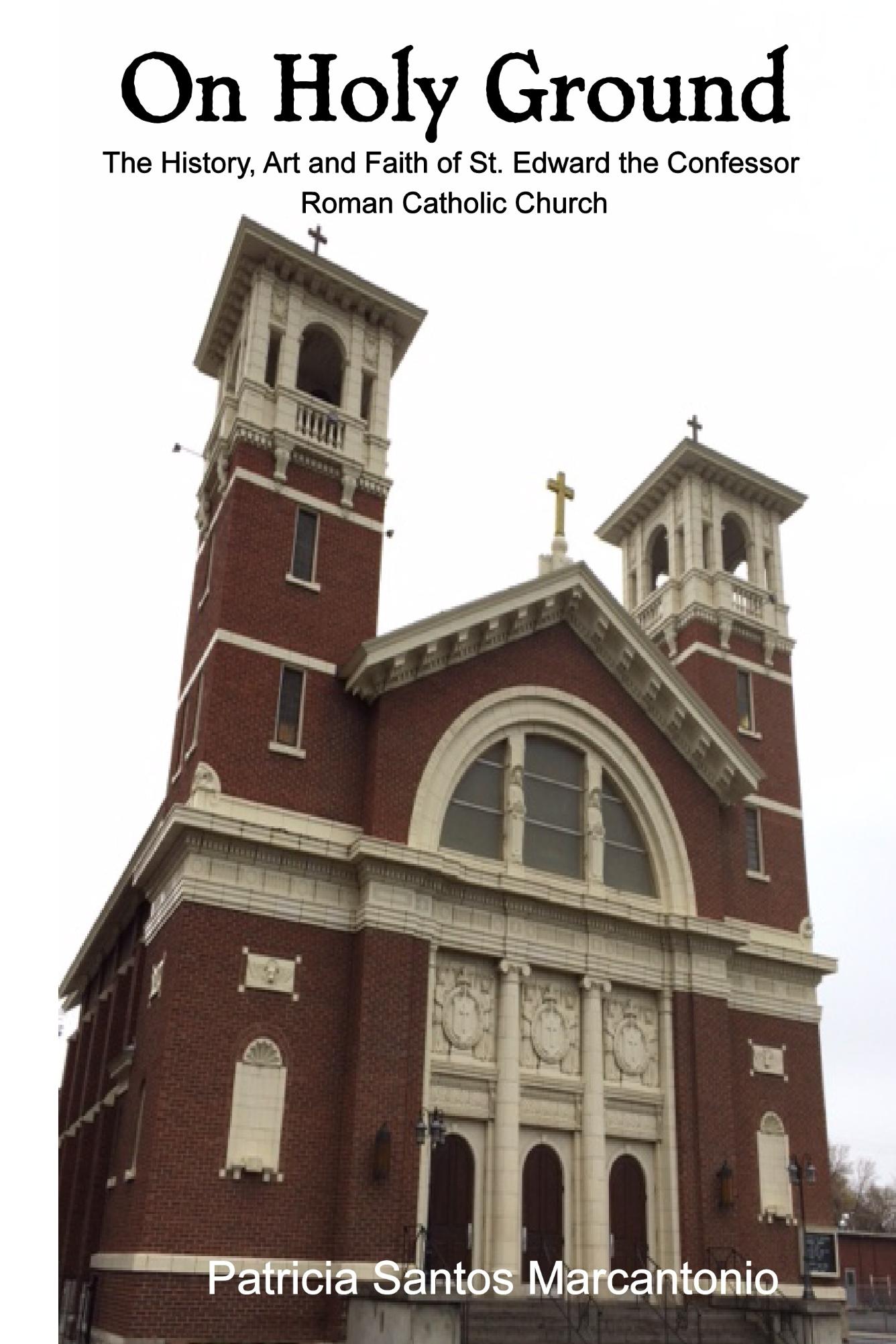 ON HOLY GROUND
Catholics have always enjoyed beautiful churches and St. Edward’s is no exception. It has been called the most beautiful church in Idaho. Award winning author Marcantonio celebrates its beauty, history, art and faith through the words of the parishioners, priests and visitors to the church. She details the stained glass windows, angels, bells, pillars, cornices. ceilings and all the other architectural details that went into creating the beauty of the structure which helps sustain the faith of the people who call St. Edward’s home.

Twin Falls came into being with the coming of irrigation water in 1904. Early Catholics met in various places around town. The Twin Falls Canal Company donated land at the corner of Second Avenue and Fifth Street and ground was broken on the church building in 1920. The St. Edward Catholic Church building was completed and consecrated in 1921. Marcantonio interweaves the history of St. Edward’s building and congregation with the history of the city from the beginning to the present. 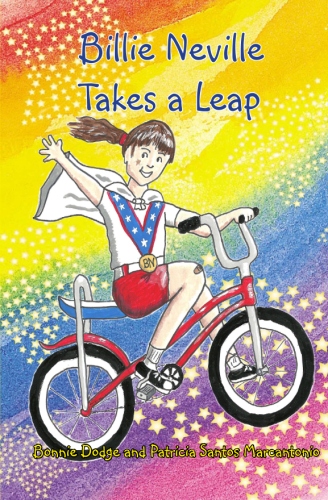 With Bonnie Dodge
Billie Neville wants to be a daredevil, like her hero Evel Knievel, but learns there is much more than jumping a canyon. An Idaho Author Award Winner

VOICES FROM THE SNAKE RIVER PLAIN

An old Mexican ghost story, haunting landscapes and a road trip with Louis Amour and Zane Grey. These are some of the tales you will read in Voices from the Snake River Plain, a collection of short stories, poems and essays from award-winning writers, Bonnie Dodge and Patricia Santos Marcantonio. We tell stories about people who haven’t yet found their own voice, or of those who have lost their voices along their travels. Sometimes our stories rise out of the landscape and from dreams. Sometimes they reach into the past, or into the future, but mostly, our stories echo the human heart.

Many of the selections have been printed in other publications or have won writing awards. The foreword was written Diane Josephy Peavey, author of Bitterbrush Country: Living on the Edge of the Land, and an essayist on Boise Public Radio.

“This book is a small treasure… In Voices from the Snake River Plain we learn there is beauty in the landscape around us and people with stories to tell. And much to learn from both,” Peavey wrote.

Voices from the Snake River Plain